The spiritual and physical pilgrimage of New Covenant Church began on November 21, 1982...

New Covenant Church of Philadelphia began in November 1982, the result of a direct mandate from God to Dr. C, Milton Grannum, and his wife Hyacinth.  God promised to lead them by His Spirit to establish a new church in an old city – a city where they had pastored for almost 15 years.  The divine mandate clearly charged that this church was to be a prototype – an original, which would receive its blueprint or direction from God as He led them in a new way on a journey of faith.  As God outlined His purpose for a new church that would touch the entire city, the Grannums’ realized more than ever that they would have to step out in faith to see God’s will fulfilled.  To pursue the vision of “a new thing,” God would give them a new structure upon which to build, one which was to include Elders, those in the church family whom God would appoint.

The Risk of Faith 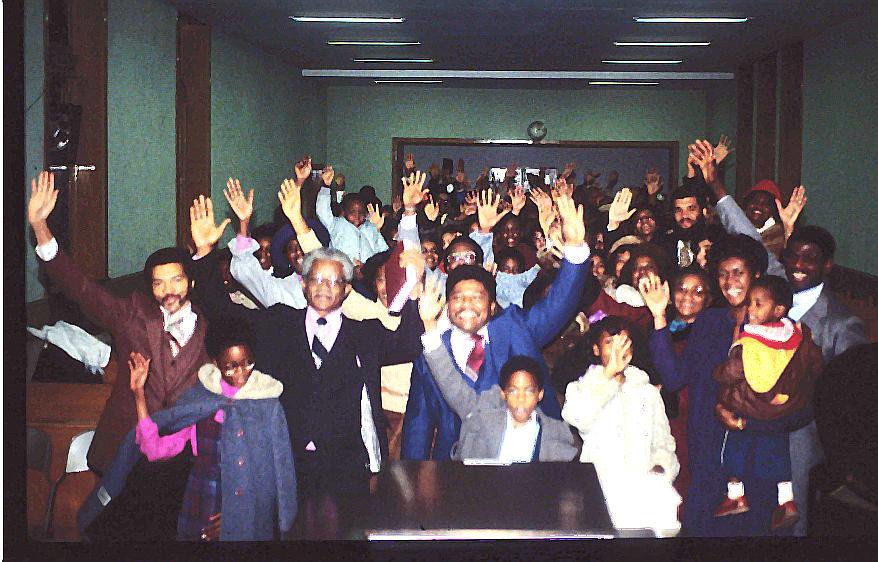 The Pioneers raise their hands during the very first service.

The spiritual and physical pilgrimage of New Covenant Church of Philadelphia began on November 21, 1982. Pastor C. Milton Grannum and Pastor Hyacinth Grannum, Founding Elders Rev. Abraham and Eve Fenton, Dr. Clarence and Ja’ola Walker, along with 60 worshipers gathered on a cold and rainy night in the chapel at the Manna Bible Institute on Church Lane in the Germantown section of Philadelphia, Pennsylvania. It was a cold, rainy evening when about 80 worshippers gathered in the chapel where a few kerosene heaters were placed in the aisles to heat up the room. Deaconess Dorothy Oliver and Rev. Kevin Lawrence began playing as Deaconess Louise Lockett led in singing the chorus, “He Is Lord.”  The chorus swelled in crescendo as more and more believers gathered in praise.  The room was electrified with the presence of the Lord.  Those who were there for the first service were called Pioneers. Rev. Abraham E. Fenton delivered the first message from Isaiah 43:18-20, “Behold, I will do a new thing; now it shall spring forth. . . .” The message was prophetic.  New Covenant Church was new.  However, Rev. Fenton emphasized that although God was beginning a new thing that did not mean he was rejecting the old. Rev. Dr. C. Milton Grannum shared His vision of a Network of Evangelistic Teams touching the DE Valley.

The Church family grew in numbers and passion at the Ivy Leaf Middle School at 6925 N. Broad Street.

In April, Dr. Grannum begun sharing “Wisdom from the Word” on WZZD through the efforts of NCCOP’s first volunteer, Multimedia Director, Asala Bobb, who later became an Associate Pastor.

In July the church held its First Vision Luncheon at Adam’s Mark Hotel where 950 persons pledge $80,000 for our own building.

A Home of Our Own

Ardleigh Street facility purchased giving the church more space and time for ministry activity. New Covenant Church finally had a home of its own.

Ardleigh Street facility dedicated with a special Dedication Luncheon and a week of dedication services. 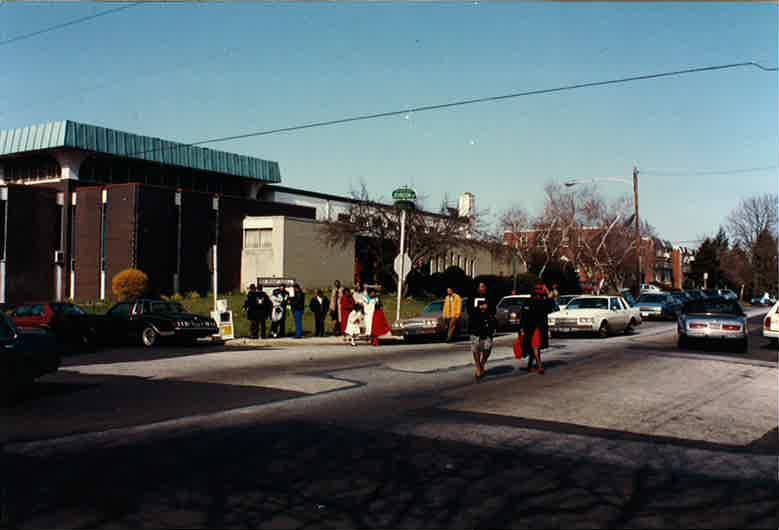 A rapidly growing New Covenant Church moves to holding two services, an early 7:30am service, and a 11:00am service.

Easter service is held at the Civic Center's Pennsylvania Hall. Many leaders are consecrated as Deacons, Ministers, and Pastors.

Vacation Bible School is held in homes of members throughout the city and ended with a parade.

New Covenant celebrates it Sixth Anniversary at Twelve Caesar's. The 30 year mortgage of the Ardleigh Street facility was burned, as it had been paid off in just four years. 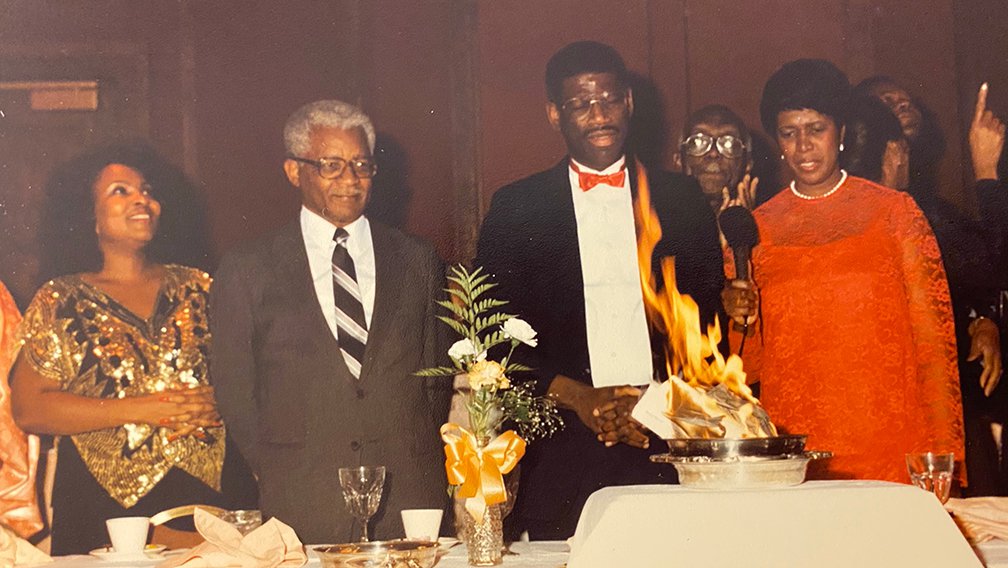 The Founding Pastors burn the 30 year mortgage of the Ardeligh Street Property which had been paid off in just 4 years!

Dr. C. Milton Grannum is consecrated as Bishop in charge of the Overseas Ministries of Covenant Ministries International. The Consecration Service was held at the Church of the Savior in West Philadelphia. 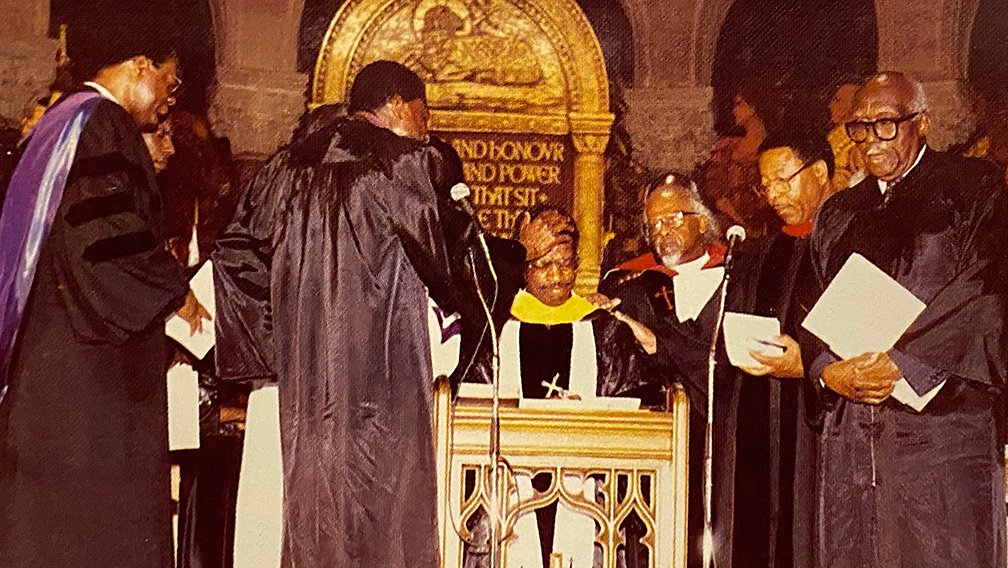 The Prayer of Consecration over Bishop C Milton Grannum

Beyond What We Could Imagine

New Covenant Church of Philadelphia acquired the historic campus at 7500 Germantown Avenue, formerly the Spring Garden College. The late Victorian campus had previously been the home of the Pennsylvania School for the Deaf.

Project Quick Start, a volunteer based renovation and clean-up effort for the campus begins. 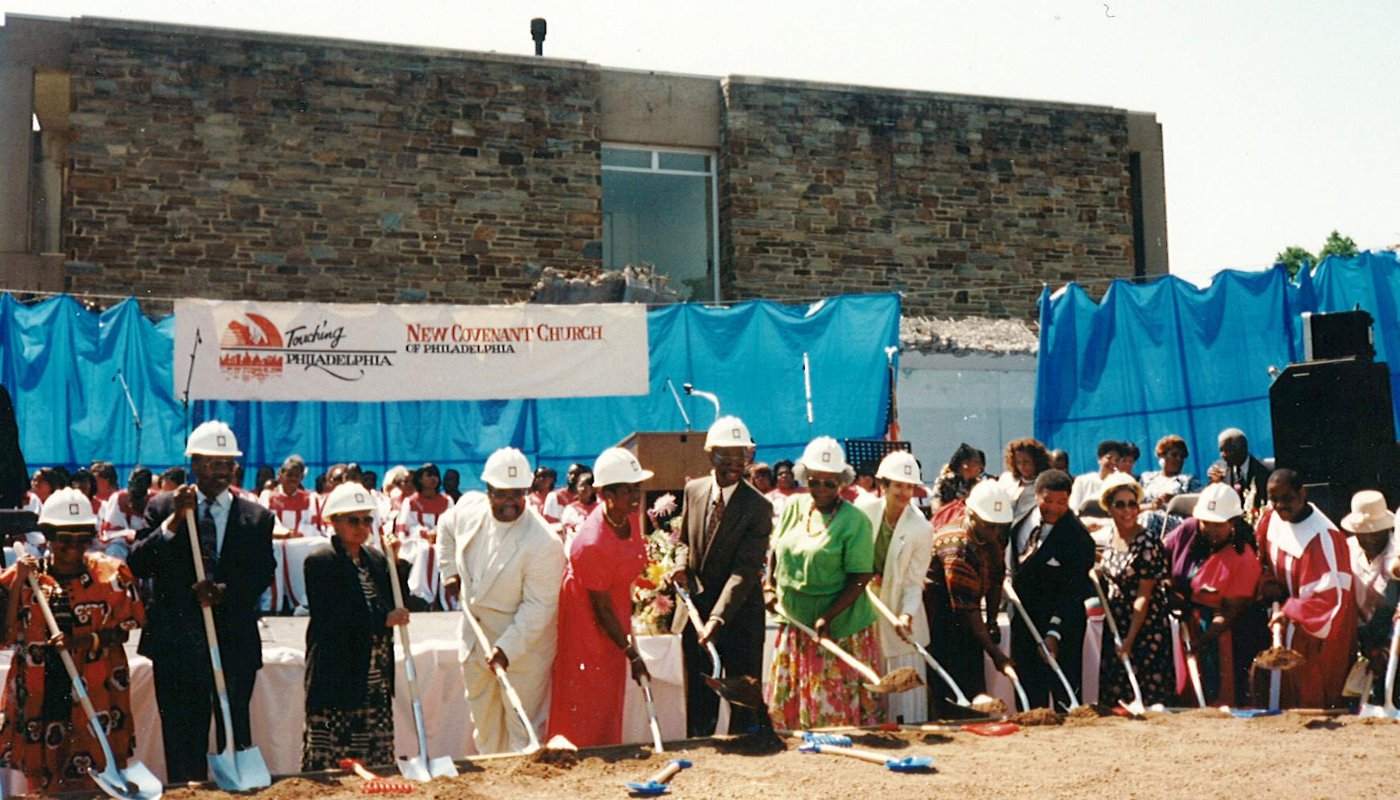 The Groundbreaking Ceremony of the new sanctuary.

Groundbreaking Ceremony Service for the New Sanctuary was held outside on the new campus.

Guyana Assembly appoints Bishop Grannum as Bishop of the Church of God in Guyana for a ten year term. 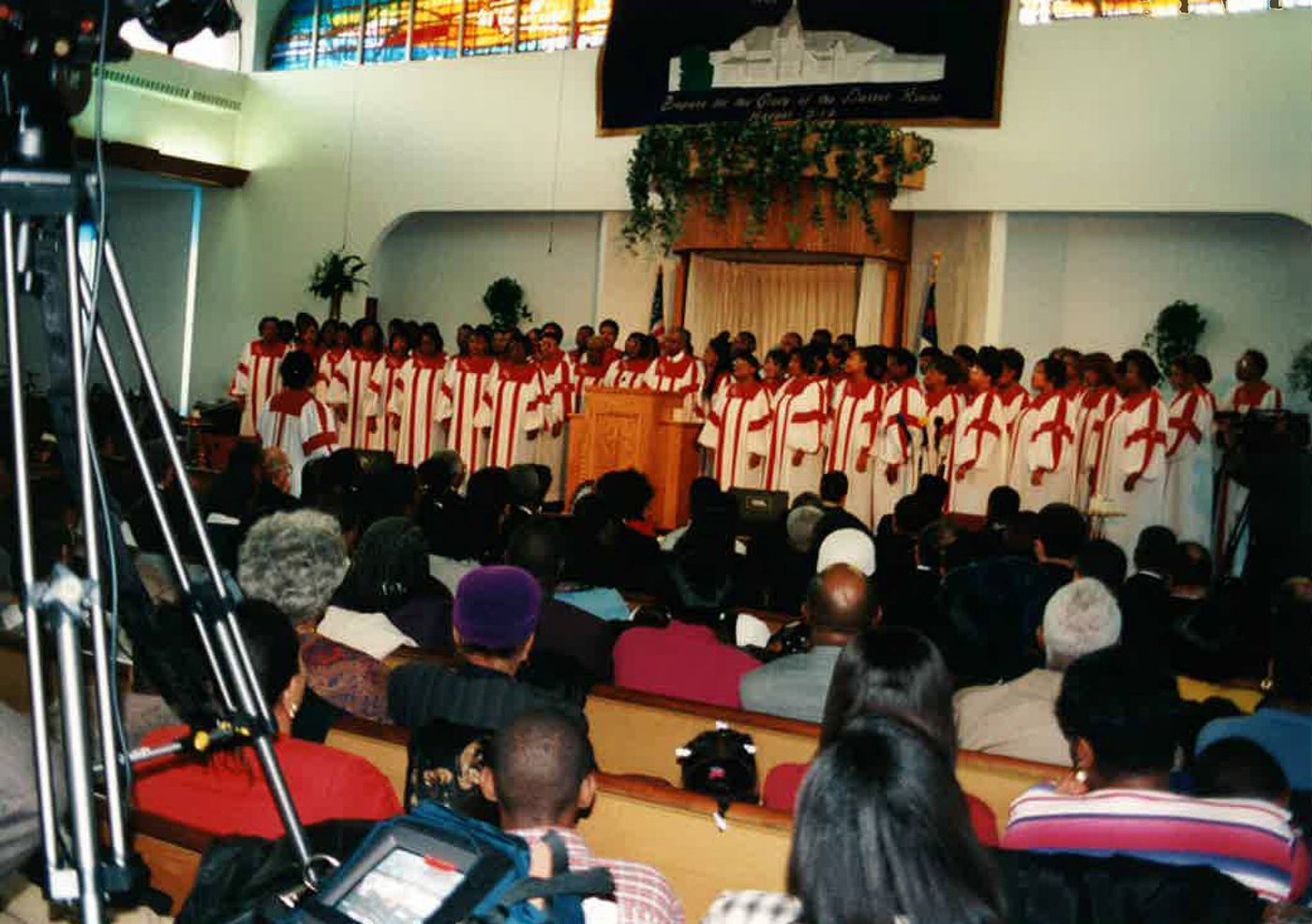 The Sanctuary Choir sings as the New Covenant Church of Philadelphia holds it final morning service in the property at Johnson & Ardleigh Streets.

The final services are held at the Ardeligh Street Property and the building is sold.

Palm Sunday and Easter Services are held in the Gym of the new campus.

Services are held on the grounds of the new campus. God held back the rain for each service!

The first Sunday Morning service was held in the new sanctuary as construction continues on the building.

The newly completed sanctuary is dedicated to the glory of God with celebration concerts and services.

The very first Gospelfest was held in partnership with CLC, Praise 103.9, and Sunoco Welcome America. It would continue every year until 2009. 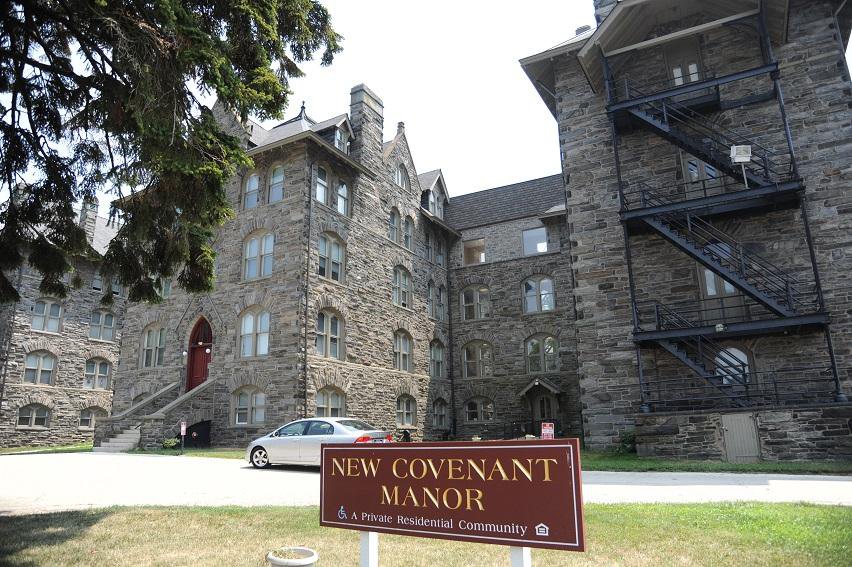 The exterior of New Covenant Manor 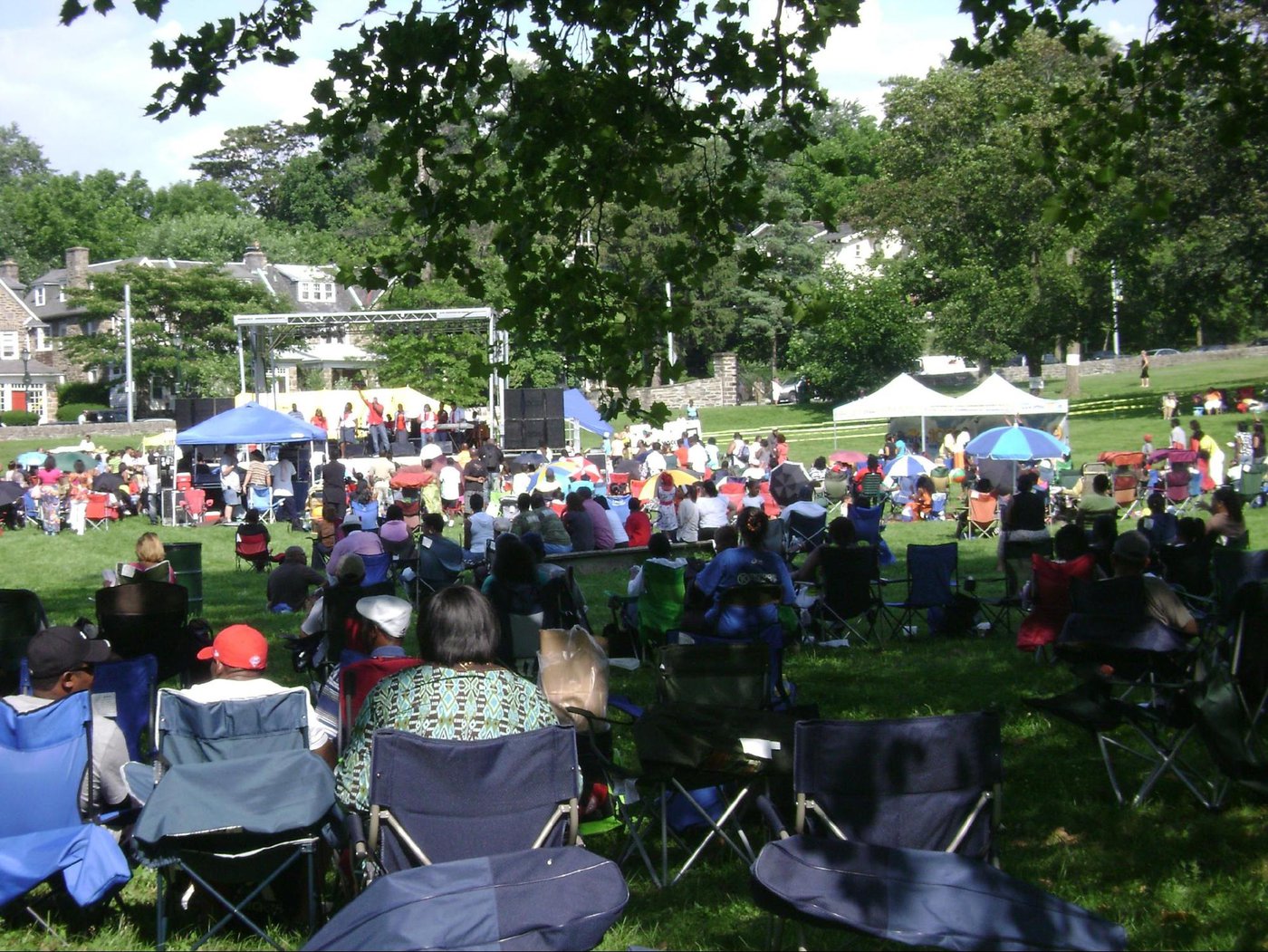 The Alpha course comes to New Covenant helping over 850 people fellowship and learn more about God.

The 30th Anniversary was celebrated with a special cruise and a Banquet Luncheon at the Hilton Philadelphia.

Pastor Bob Oliver was installed as New Covenant’s Executive Pastor: serving as both the Senior Pastor and Chief Executive Officer of New Covenant Church of Philadelphia and Campus.

Under his leadership, the Church has continued the emphasis:

Our Ebenezer - A Journey through the 40 year history of the New Covenant Church of Philadelphia!

Our Mission, Our Vision, Belief Statement, and Our Core Values

Say hello to the leadership team at the New Covenant Church of Philadelphia!

Worship Experiences are every Sunday at 9:30AM!

Pleasing God by touching Philadelphia and beyond.

For more information about our scheduled programming, please go to our Events page.